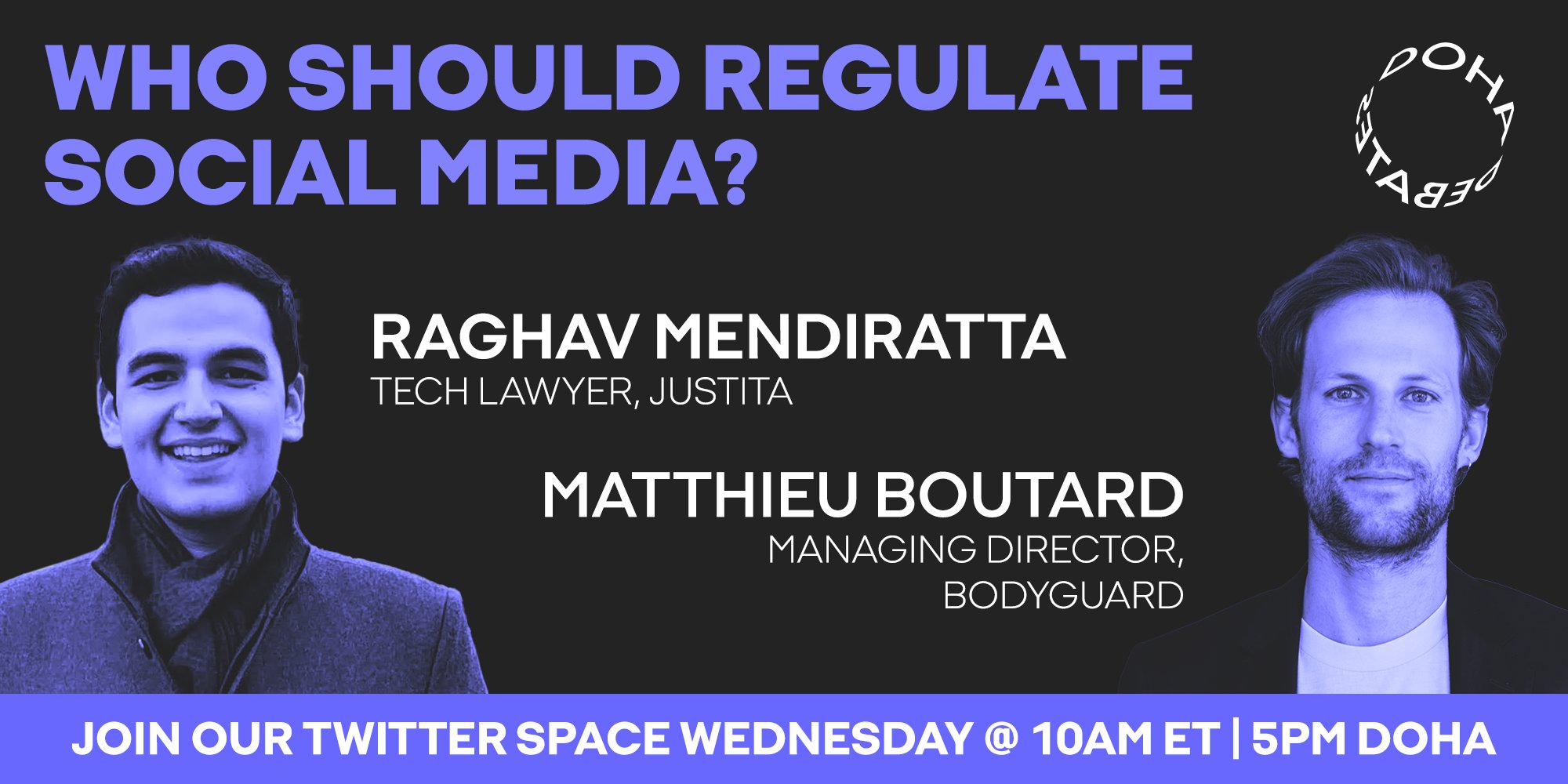 TIME: What Elon Musk Gets Wrong About Free Speech
"In short, there is a compelling case to be…
Read more »

France 24: Musk’s free speech absolutism ‘a fantasy’
“The problem is that Elon Musk has a half-baked free…
Read more »

Join our tech Lawyer Raghav Mendiratta on Wednesday, October 26, at 10 a.m. ET / 5 p.m. Doha, for a Twitter Spaces conversation about who should regulate social media.

More than 4 billion people worldwide use some form of social media, and with information traveling at nearly the speed of light, social media has had a seismic impact on the world. It’s fueled revolutions and social change, it’s made people billionaires, it’s cost people their jobs and it’s created a new arena for hate speech and cyberbullying. Doha Debates examines the global impact of social media, good and bad, with Raghav Mendiratta, a technology lawyer and fellow at the Future Free Speech Project, and Matthieu Boutard, managing director of Bodyguard, which built an app to fight online hate. We’ll discuss the question: Who should regulate social media?